David Eddy, MD, PhD
From Classroom to Chaos: How to (Try to) Influence Healthcare Policy

I think of healthcare as a $2.7 trillion tank rumbling down the road. Hundreds of people have their hands on the wheel, pulling in different directions, and shouting in different languages. The windshields are smudged over with Vaseline. The tank is providing decent protection to a lot of people, but it is also smashing into trees and houses and it certainly doesn't meet California's emissions standards. Do you want to change that? In this end-of-career debriefing I will pass on my best tips learned over 40 years of occasional success and frequent failure. A preview: my tips will be in five categories. They are (1) getting noticed, (2) having something useful to say, (3) saying it well, (4) knowing when to compromise, and (5) having fun.

David Eddy is a physician-mathematician currently living in Sarasota, Florida. Starting about 40 years ago he began work on mathematical modeling, guidelines, coverage decisions, medical necessity, cost-effectiveness analysis, and performance measurement. Working with various organizations he developed many of the concepts and methods of guidelines, coverage policies, and performance measures, and was the first to publish the term "evidence-based". The author of four books and lots of papers, including a series of 28 in the Journal of the American Medical Association, his writings span from technical mathematics to broad health policy topics. He has received numerous accolades including 10 national and international awards in several fields: applied mathematics, health technology assessment, health care quality, environmental sciences, and outcomes research, as well as several awards for lifetime achievement. He has been elected or appointed to more than 50 national and international boards and commissions -- including Consumers Union, the National Board of Mathematics, the World Health Organization Panel of Experts, the Blue Cross Blue Shield Medical Advisory Panel, and the National Committee for Quality Assurance. He has been a member of the Institute of Medicine/National Academy of Sciences since 1984. He was Professor of Engineering and Medicine at Stanford, and then the J. Alexander McMahon Professor of Health Policy and Management at Duke University, before he left academia to become an independent researcher and writer working out of Jackson Wyoming and then Aspen Colorado. He is the founder and co-inventor of the Archimedes model, and is currently Chief Medical Officer Emeritus of Archimedes. 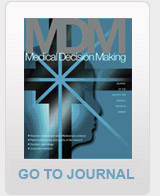